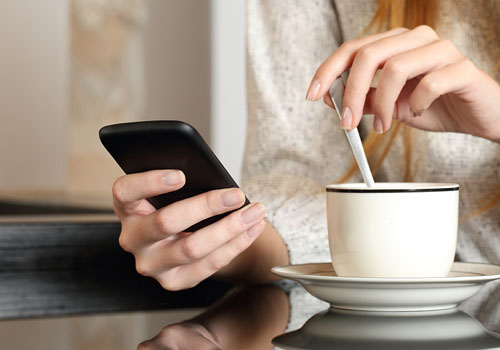 Few lenders want to put their own money into lending to you for 30 years. As long as they own your mortgage, they can’t lend that money to anyone else.

So what most lenders do is place your mortgage within a bundle of “mortgage-backed-securities” (MBS). These MBS are then sold to investors, who make money off the interest mortgage borrowers pay.

Buying and selling of MBSs happens in a “secondary market,” not all that different from the stock or bond markets. In fact, MBS are a sort of bond.

When you’re buying or refinancing a home, the going price of MBS bundles on the secondary market largely determines your mortgage rate.

And, if you’re currently buying or refinancing a home, it’s largely the going price of these bundles on that secondary market that determines your next mortgage rate.

However, as you’ll discover soon, MBS prices are the main rather than the only determinant.

That may seem counterintuitive. But it’s a mathematical certainty. And we’ll explain why later.

Why the Fed is having a bigger impact on mortgage rates

The relationship between the Fed and mortgage rates changed in March 2020. In response to the coronavirus pandemic, the Federal Reserve announced that it would, until further notice, buy unlimited quantities of MBS.

Imagine what that did to the secondary market in MBSs. A new player with unlimited resources was snapping up product, creating new demand.

Inevitably, that pushed up the price of MBS — and pushed mortgage rates down to unprecedented lows.

And we mean unprecedented. We’ve seen new all-time lows set on a number of occasions since the Fed started intervening.

The Fed is doing its best to keep interest rates low across the board, with a combination of near-zero interest rate targets and unlimited MBS purchasing.

So how come we still see mortgage rates rise from time to time? Well, there’s a lot going on here. But a big reason may be a resurgence in mortgage refinance activity.

No surprises there. As you’d expect, exceptional lows for mortgage rates tempted more homeowners to refinance. But there’s one big problem …

Investors hate refinances, especially for recent mortgages. Each refinances sees a mortgage pulled from an MBS bundle — and a reduction of income and profit from interest payments on that MBS. Indeed, some investors actually see losses when mortgages are refinanced too quickly.

The last thing investors want is to replace lost mortgages with ones at an even lower rate and yield. Understandably, many began shying away from MBS.

The law of supply and demand means that lower demand inevitably pushes up mortgage rates.

By buying up MBS itself, the Fed is trying to resist the market forces that arise when investors vote so decisively with their feet.

Higher rates may be unconnected to MBS prices

And there’s another supply issue happening further down the mortgage production line — one the Fed can’t touch.

In short, there are too many people looking for mortgages. Lenders can’t keep up.

Lenders that can’t cope with sudden tsunamis of demand try to manage their workloads by deterring would-be borrowers through higher rates. In other words, they quote higher rates just to stop the influx of business.

The Fed and mortgage rates: how the system usually works

We started by talking about widespread misunderstandings about the usual relationship between the Fed and mortgage rates.

And that confusion’s understandable. Because the Fed does have control over other interest rates.

When the Fed’s policy body (the Federal Open Market Committee, or FOMC) changes the federal funds rate, that has a direct effect on many variable-rate consumer loans: credit cards, personal loans, auto loans, and so on.

But, of course, the vast majority of mortgages (over 90%) have fixed rates. So they’re not affected.

And neither are new mortgages, at least directly. As we’ve established, it’s the price of MBS on the secondary market that mostly determines what your new mortgage’s rate will be.

What causes mortgage rates to rise and fall

We promised earlier to explain why yields fall as bond prices rise. Most importantly, when those bonds are MBS, it’s mortgage rates and investor yields that go down when prices rise — or go up when they fall.

Now, if you have a low tolerance for numbers, you can just take our word for that. But, if you’re interested in the math, read on.

In normal times (less so when the Fed is buying MBS), mortgage interest rates depend a great deal on the expectations of investors.

Good economic news tends to be bad for interest rates, because an active economy raises concerns about inflation. Inflation causes fixed-income investments like bonds to lose value, and that causes their yields (another way of saying interest rates) to increase.

That’s a pretty good rate today, so lots of investors want to buy it from you.

However, because he paid more for the bond, his return is lower.

The buyer gets an interest rate, or yield, of only 4.2%. And that’s why, when demand for bonds increases and bond prices go up, interest rates go down.

However, when the economy heats up, and the potential for inflation makes bonds less appealing, fewer people want to buy bonds. So their prices decrease, and then interest rates go up.

Imagine that you have your $1,000 bond, but you can’t sell it for $1,000 because unemployment has dropped and stock prices are soaring. You end up getting $700. The buyer gets the same $50 a year in interest, but the yield looks like this:

The buyer’s interest rate is now slightly more than 7%. Interest rates and yields are not mysterious. You calculate them with simple math.

The Fed’s new control over mortgage rates is temporary

The Fed’s mortgage interventions began in response to the economic consequences of the 2020 pandemic. And many economists believe they’re an appropriate response to that crisis.

But this relationship between the Fed and mortgage rates is unlikely to survive or be part of the new normal that emerges once COVID-19 recedes.

It’s a temporary measure. And the sooner it’s over the better for the wider economy.

That means many mortgage customers will want to move forward sooner rather than later.

The Fed’s low-interest rates are expected to last for at least a year or two — but mortgage rates might not follow suit. As things go back to the “old normal”, mortgage rates could move separately from Federal Reserve policy once again.

3 tips that will save you time and money

If your mortgage is one of them, or if you’re about to buy a home…

The importance of raising your credit scores high.

Mortgage interest rates are near historic lows. Yet if you want to take advantage of…

The Pros and Cons of Moving to an HOA Community

Thinking about moving to a home with a homeowners association? You should consider all the…

Archives
Categories
Begin your home loan process today! Our mortgage advisors are standing by.
Request a free personalized rate quote.
REQUEST A QUOTE
The Department of Financial and Professional Regulation (Department) evaluates our performance in meeting the financial services needs of this community, including the needs of low-income to moderate-income households. The Department takes this evaluation into account when deciding on certain applications submitted by us for approval by the Department. Your involvement is encouraged. You may obtain a copy of our evaluation. You may also submit signed, written comments about our performance in meeting community financial services needs to the Department.